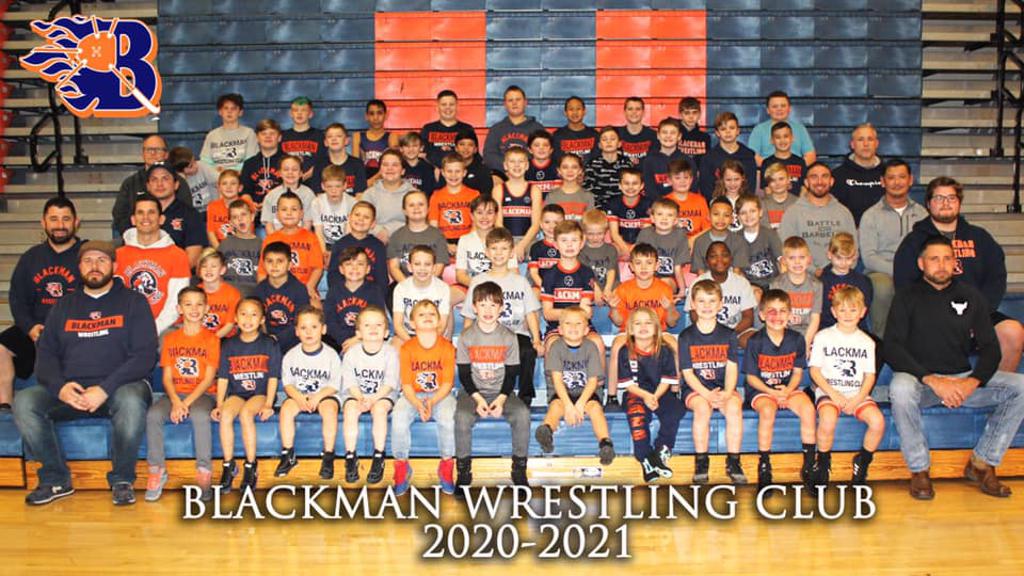 The Blackman Wrestling Club is dedicated to promoting and encouraging the sport of wrestling in the Blackman community by providing opportunities for young athletes to get introduced and compete in the sport of wrestling.  The goal is to always be a top program within our great state.  Youth wrestling is an excellent sport to introduce to young athletes who are looking for ways to enhance their athletic abilities and participate in a sport that does not require inherent special skills or talents.

No matter what age or size, youth wrestlers will have competition with other kids of similar age and size.

Our youth wrestling season usually runs from the end of October (when first practices begin) and for some athletes, through the beginning of March(AAU State Tournament).  There are two sides to our season that are important to understand: the Dual Season and AAU Individual Season.

The Blackman Wrestling Club is a part of the Central Tennessee Wrestling Conference (CTWC).  Our club competes in dual meets at the middle school level with other clubs from around the mid-state.  A dual meet is a contest between two teams in which there are 15 matches; one from each weight class.  After wrestling a schedule of duals, the conference holds a final Dual Meet Championship in December to decide who has the best team.

During the Middle School season, Blackman Wrestling Club offers a unique 5v5 Dual season for our youth wrestlers (pre K-5th grade) that is unique to our club. Our youth wrestlers are divided up into teams of 5 and participate in a 4 week regular season and a 2 week post season that will crown a team champion. This program was designed as a means to allow all beginner wrestlers an opportunity to get those first crucial matches under their belts in an environment filled with coaches, teammates, friends, and family. 5v5 Dual matches are on Friday evenings, with each dual lasting approximately 30 minutes.

After these Dual seasons ends, our club wrestlers transition over to the AAU season and Individual tournaments.  These tournaments are the heartbeat of the wrestling season and shouldn’t be missed!  Tournaments are usually held every weekend (or every other weekend) and the individuals are the sole focus.  Winning gold medals is not easy but nothing worth doing is.  The individual season ends with the TNAAU State Tournament at the beginning of March.